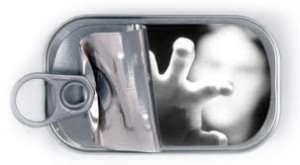 The Kingston Technology company, a leader in the production of safe USB drives, and one of the first ones that started producing USB flash drive with hardware encryption (Kingston DataTraveler Secure) announced that some of its models of USB flash drives with hardware protection feature are vulnerable. The announcement was posted on the company’s web site saying that with the help of some tools you can access this USB drive (i.e. hack it without a password). News regarding some models of Kingston being prone to cracking is very surprising because these flash drives have been certified in compliance with FIPS 140-2.

Everything started with the fact that the German company SySS published a document entitled “Companies SySS hacked USB flash drive with hardware encryption Kingston certified FIPS 104-2”. In this document they describe in details the authentication protocol between the drive and the program (the user), which they found on the basis of intercepted USB traffic + vulnerability that was discovered. And also some screenshots of the utility, which is embedded in the process of authentication program for USB drives, and as a result – we may enter any password and access will be granted.

Thus data strongly encrypted by the hardware, but there is an external utility, which performs authentication (checking / changing the password and settings) using a certain protocol (API + algorithm utility). This protocol was not protected, and a vulnerability was found.

The same thing was found and described for USB flash drives with hardware encryption (hardware based encryption) by SanDisk.

The most interesting discussion on this topic developed in the blog of Bruce Shneier – famous cryptology and computer security expert.

The most interesting summary of the comments in this blog:

Conclusion – any drive that has no documentation (USB protocol) on how to create a Linux-driver is potentially vulnerable. In particular IronKey.

* For reference: this bug would be like selling locks and safes with the same key for all of them. We’d like to remind you that in the past this authentication scheme was actually used by many biometric USB flash drives, i.e. authentication process takes place at the level of the program, after which a constant signal is transmitted to the hardware to open access to the USB device.
Research workers have found that signal to the USB-device controller and the whole defense was a solid vulnerability.

In our last review of BioSlimDisk, biometric flash drive with hardware encryption, we gave illustrations regarding difference between hardware and software authentication of such devices.

In addition, we want to mention the most important, in our opinion, safety criteria for USB devices:

Despite the possibility of the presence of many other vulnerabilities in USB devices, life can not stand still. Therefore, we want to demonstrate you a very interesting principle, which arose in the forums and blogs when discussing the different programs and devices for data protection and authentication. This principle states that “encryption is not enough” (in the original ‘Encryption is not enough’) means –

If a particular product complies with these qualities, it is a sign of confidence in it.