We are working to add file encryption feature to Rohos Mini Drive and Rohos Disk Encryption products. This will allow to encrypt separate folders and files stored on a computer. It is designed specially for those who really concerned about data security of confidential information stored in Google Drive or Dropbox. Since both file data and file name are stored on a computer in encrypted form, the application like Google Drive will upload already encrypted content into cloud storage. 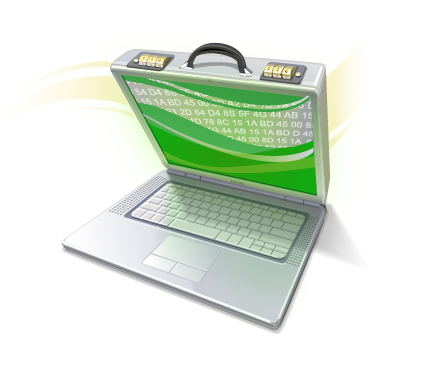 We would like to outline the difference between container based disk encryption and file encryption approaches.

Container based disk encryption approach that assumes having a single container file that contains entire disk file system in raw encrypted format. It has the following benefits:

However this approach is not designed with cloud based storage in mind. By our experience we have encountered multiple issues while uploading and syncing big files (10 GB and more) by using Google Drive and DropBox apps. Cloud Client apps frequently re-scans entire 10Gb file in order to detect changes and upload necessary fragment only. Very often it leads to synchronization errors or abort for this file. Also it is impractical to download encrypted container file to smartphone in order to work with encrypted files, because it limits user only to view the information, but not add or edit documents to encrypted disk. Uploading 10 GB disk container file back to cloud or computer seems to be time consuming and problematic operation also. But having this encrypted data on a smartphone without automated upload even for backup purposes makes encrypted data vulnerable for data loss.

When smartphone connected with Google/DropBox/OneDrive working with sensitive and confidential information may be a challenge. Cloud based services automatically scan your documents to accumulate BigData or recognize faces in your images. We offer a solution that protects your confidentiality from Cloud services access.